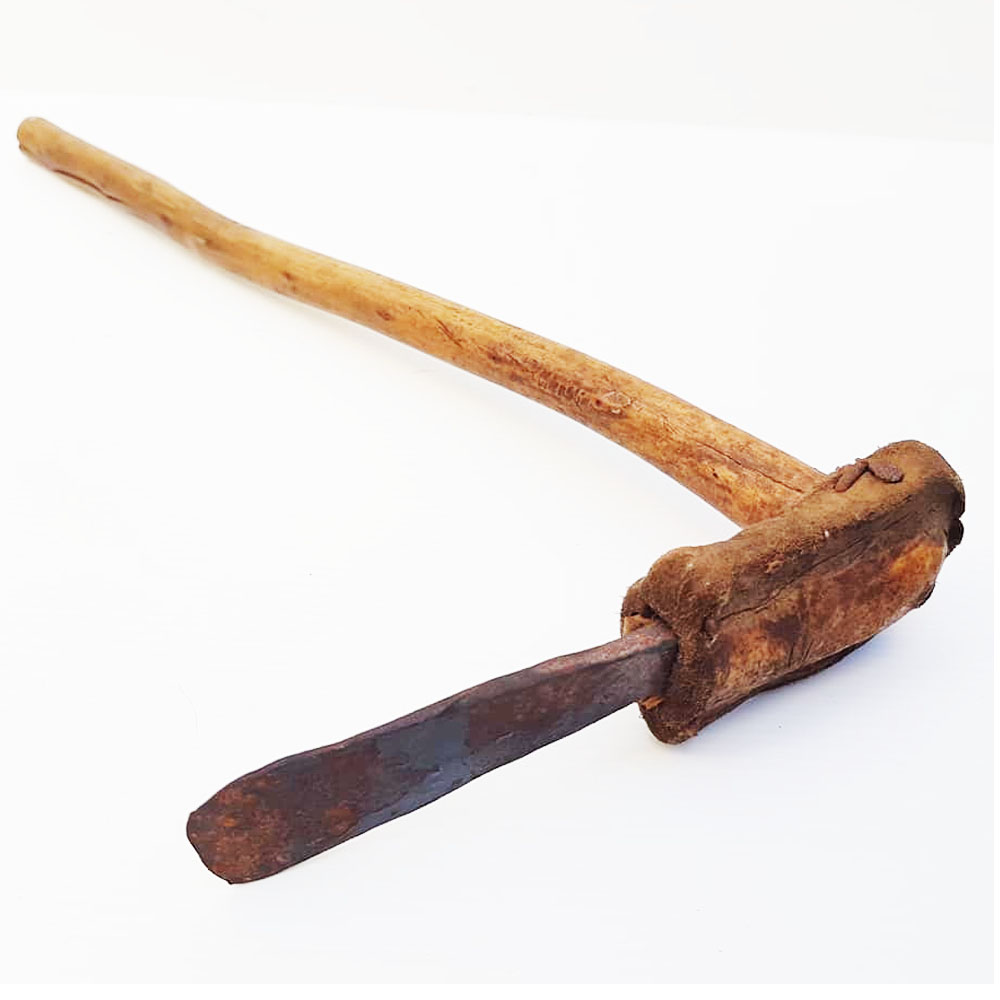 In much of Africa, the tool of choice for carving is the adze. The adze is used for carving masks and statuettes, as well as bowls, spoons, stools, and other utilitarian objects.

In much of Africa, the tool of choice for carving is the adze. The adze is used for carving masks and statuettes, as well as bowls, spoons, stools, and otherNEW PRODUCT utilitarian objects. Its short chopping swing and its form recall the short-handled hoe, which was the traditional agricultural tool.

The Adze composed of a wood handle and an iron blade with a curved flared end. The handle is cylindrical with a flared base, with the ends in an ovoid head with the suggestion of a nasal ridge and circular ears.

The adze is depicted in ancient Egyptian art from the Old Kingdom onward.[1] Originally the adze blades were made of stone, but already in the Predynastic Period, copper adzes had all but replaced those made of flint.[2] While stone blades were fastened to the wooden handle by tying, metal blades had sockets into which the handle was fitted. Examples of Egyptian adzes can be found in museums.

A depiction of an adze was also used as a hieroglyph, representing the consonants stp, “chosen”, and used as: …Pharaoh XX, chosen of God/Goddess YY…

The ahnetjer (Manuel de Codage transliteration: aH-nTr) depicted as an adze-like instrument,[3] was used in the Opening of the Mouth ceremony, intended to convey power over their senses to statues and mummies. It was apparently the foreleg of a freshly sacrificed bull or cow with which the mouth was touched.[4][5]

As Iron Age technology moved south into Africa with migrating ancient Egyptians, they carried their technology with them, including adzes. To this day, iron adzes are used all over rural Africa for various purposes – from digging pit latrines, and chopping firewood, to tilling crop fields – whether they are of maize (corn), coffee, tea, pyrethrum, beans, Millett, yams, or a plethora of other cash and subsistence crops.