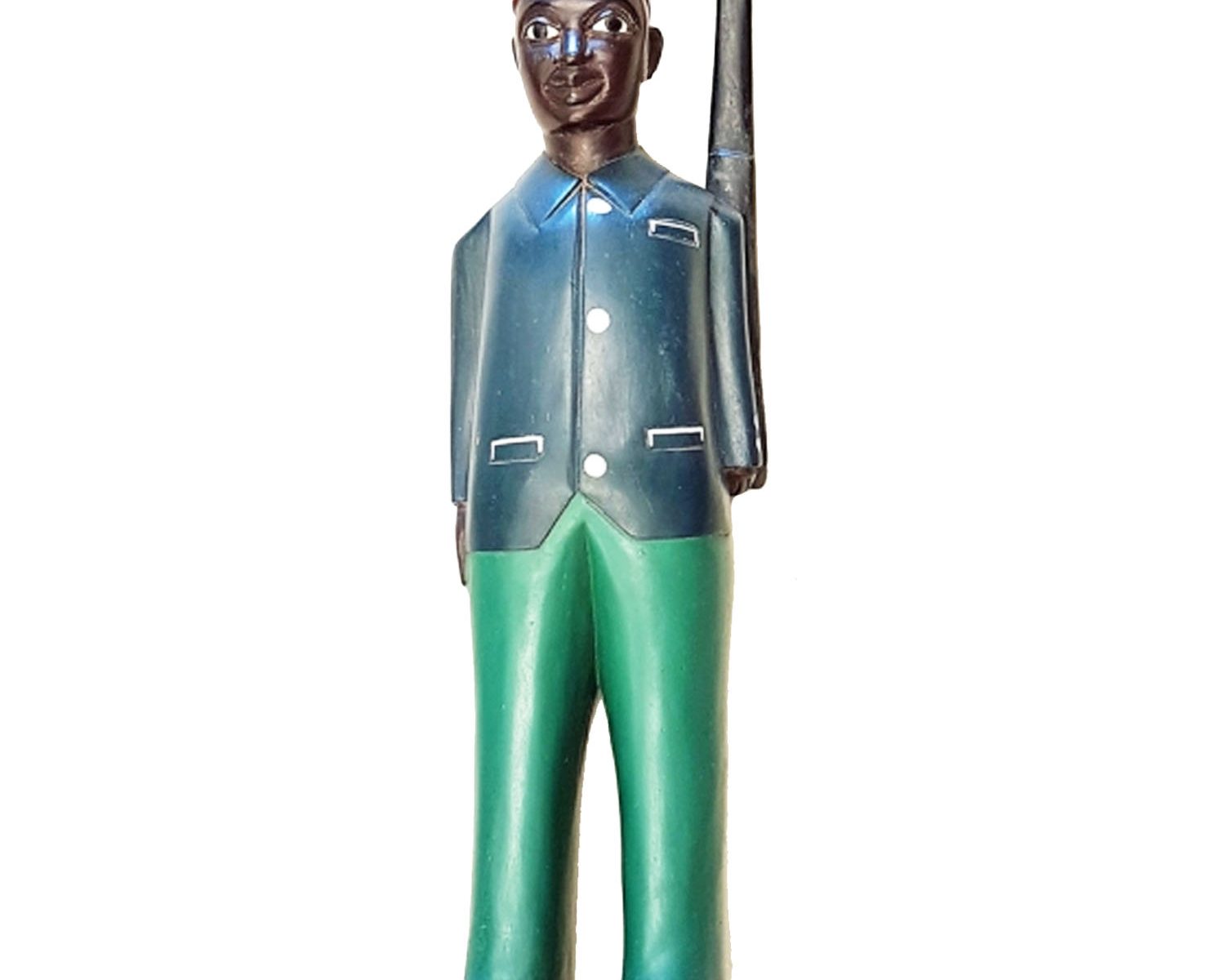 Hand-carved from on piece of hardwood and hand-painted.

as this item is a handmade piece of