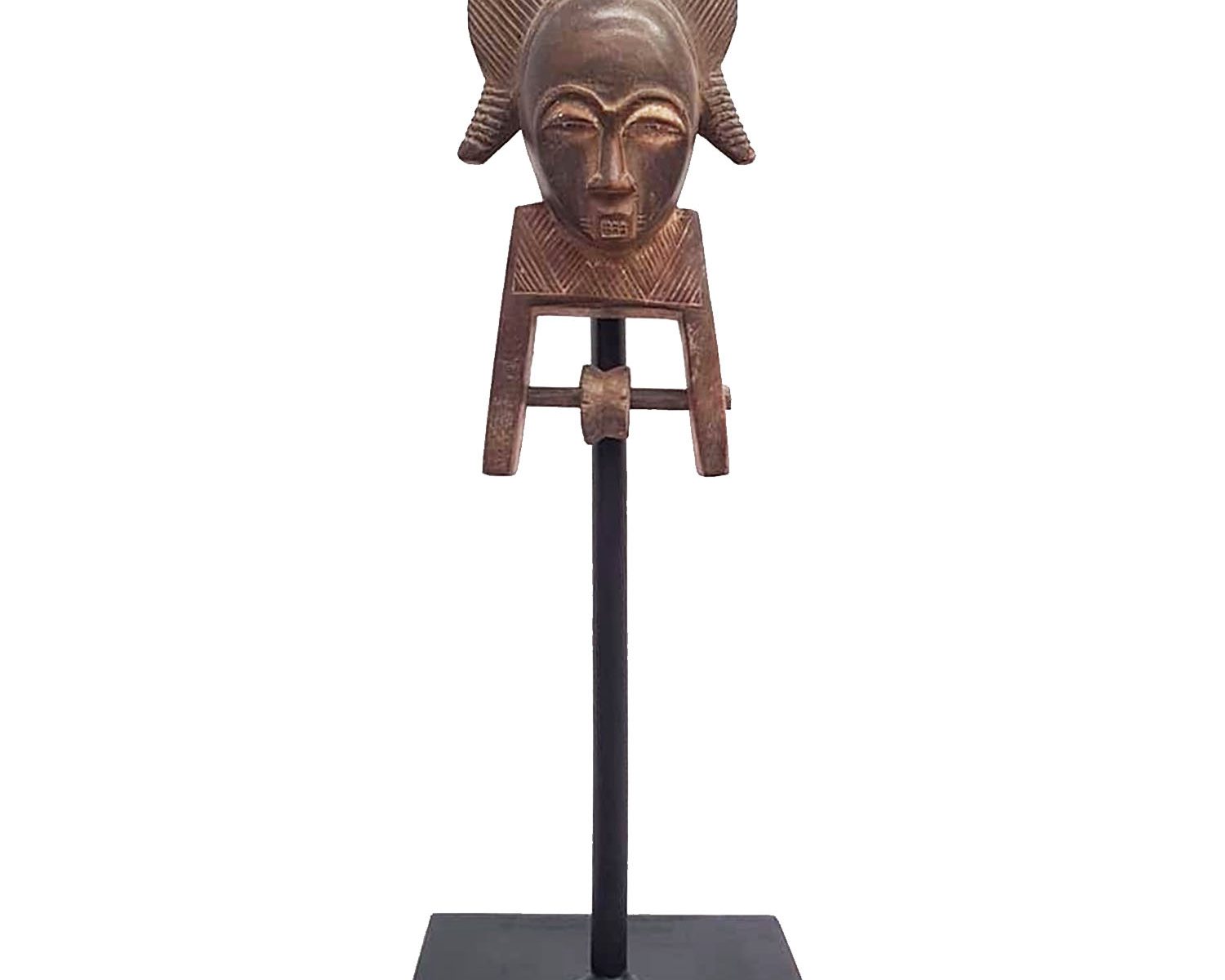 – In use on a narrow strip loom, this pulley was both functional and aesthetic.

It eased the movements of the heddles in separating the warp
threads to allow the shuttle carrying the weft thread to pass through.

Baule peoples and their neighbors to the West, the Guro,

are famous as weavers and are known for their fine indigo-and-white cotton fabrics.

Used on the traditional narrow-band loom, heddle pulleys are functional objects used to ease the movements of the heddles while

separating the warp threads and allowing the shuttle to seamlessly pass through the layers of thread.

Like many other carved objects used in everyday activities among the Baule, these pulleys were often embellished for the weaver’s delight.

Scholars have suggested that the prominent display of pulleys,

hanging over the weaver’s loom in the public place, afforded artists their best opportunity to showcase their carving skills,

in the hope to attract commissions for figures and masks.

The use of the abstract design in this example is reminiscent of Akan gold beads and gold weights.

This pulley demonstrates the efforts put by Baule carvers into beautifying the simplest functional object.

Heddle pulleys have become real pieces of art in their own right and are found in museums and collections around the world.

Many forms of decoration have been used to adorn the Baule heddle pully whether its a carved head, figural form, or animal form.

In most of the case, these decorations recall masks and figures seen as spirits

that are supposed to protect the weaver and help him produce good quality of textiles.

The Baule are members of the Akan peoples, who inhabit Ghana and Côte d’Ivoire.

During the 18th century, the Baule people migrated westward from Ghana when the Asante rose to power.

The Baule today are the most powerful group in Cote d’Ivoire,

admired as highly skilled politicians, as well as talented artists,

who have produced some of the most elegant objects known in West Africa.