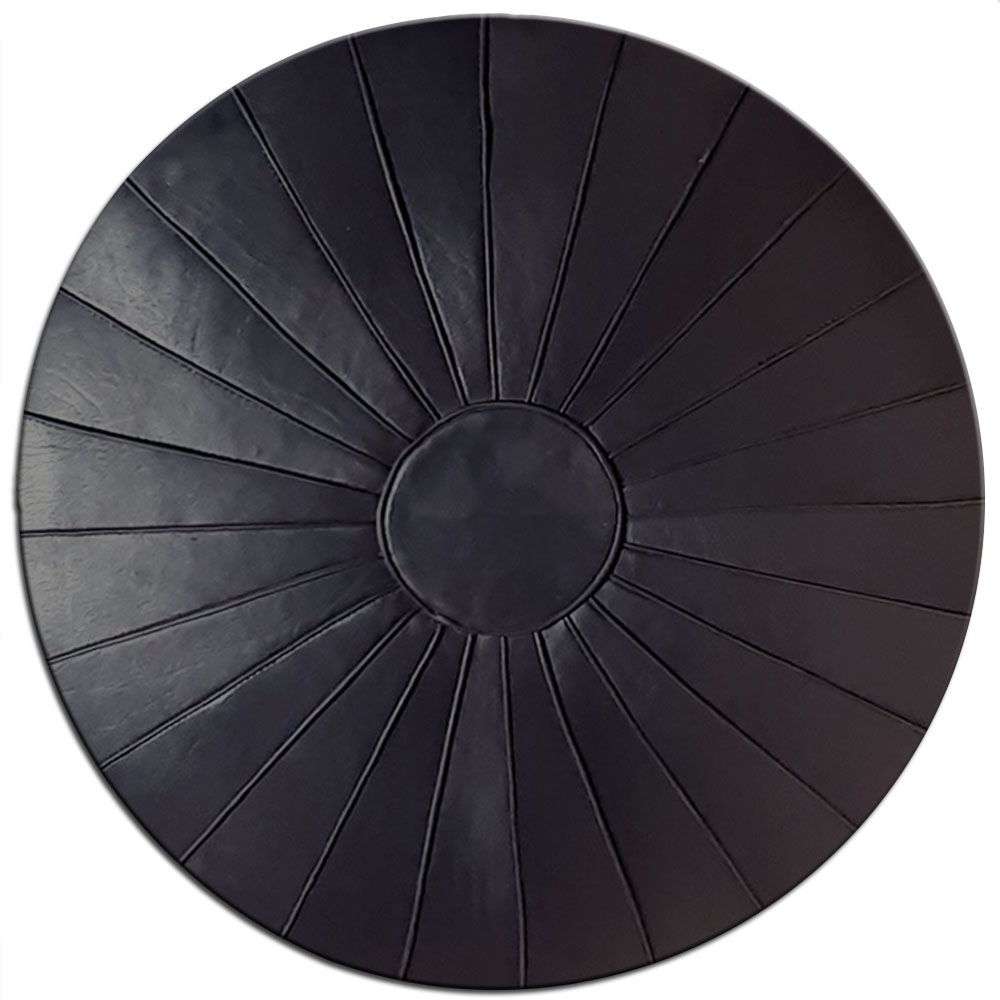 Since these poufs are, tanned, handmade and hand-stitched using traditional

Moroccan methods may have slight variations in color or pattern which

adds to the beauty of handmade items. The pouf has a zip-up fastening underneath

and comes un-stuffed. Can be packed with a range of suitable fillings cotton

These versatile poufs will add style, elegance, texture, and color to any interior

decor modern or traditional use as a footstool, seating, a table, scatter in a penthouse

apartment, cozy up by a log fire in a country cottage, or for Indian summers outdoor

dining, group them around the pool for luxury poolside gatherings.

(also known as Levant, the French Maroquin, or German Saffian from Safi, a Moroccan town famous for leather)

is a soft, pliable form of leather widely used for gloves and the uppers of ladies’ shoes and men’s low cut shoes,

but traditionally associated with bookbindings, wallets, linings for fine luggage, and the like.

The leather tends to be more famous than the breed of goat that originally produced it.

which is indigenous to Guinea and Sudan Savannah of Nigeria and Maradi Region in the Republic of Niger.

but by the late 19th century other skins often were substituted in practice, particularly sheepskin and split calfskin.

or would bring up the grain in various patterns such as straight-grained, pebble-grained, or in particular, in a bird’s-eye pattern.

but green, brown or other colors also were available, and in modern times there is no special constraint on color.