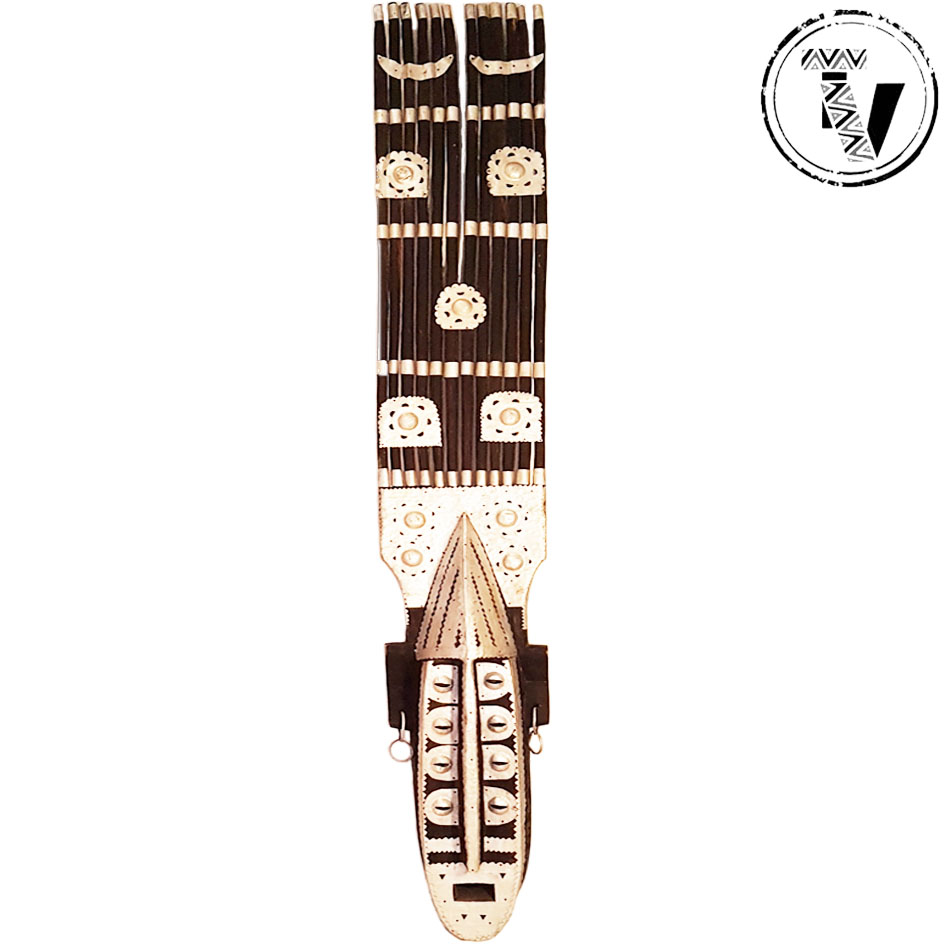 – This substantial mask with many pairs of eyes is made of wood enhanced with aluminium plates,

is linked to the Malinké ethnic group of Guinea.

Part of a coherent set of three masks, the other two being Balani and Touré Balani.

(around Kouroussa, Kankan, and Baro, in the Republic of Guinea).

Konden is also the name of a masquerade dedicated to young men between the ages of 15 and 20.

The Konden is described as a mask that walks and dances quickly.

The Konden runs behind the boys and hits them with a rod when he catches them.

The dancer holds leafy branches in his hands and gives

the mask a terrifying air that does not fail to frighten small children.

Parents use this fear throughout the year, not failing to warn children:

the Konden will come and get you if you are not wise.

The wearer must be initiated to wear the konden mask, and protects the village from evil or harm.

Konden can see into people’s deeds, and tell if anyone has gone beyond the laws of the village.

Nobody can know the Konden except the person who becomes it.

The Mandinka, or Malinke, is a West African ethnic group primarily found in southern Mali,

Numbering about 11 million, they are the largest subgroup of the

Mandé peoples and one of the largest ethnic groups in Africa.

They speak the Mandinka language, which is one of the Western Manding languages

in the Mande language family and a lingua franca in much of West Africa. Over 99% of Mandinka adhere to Islam.

They are predominantly subsistence farmers and live in rural villages.

Their largest urban center is Bamako, the capital of Mali, which is also inhabited by the closely related Bambara.