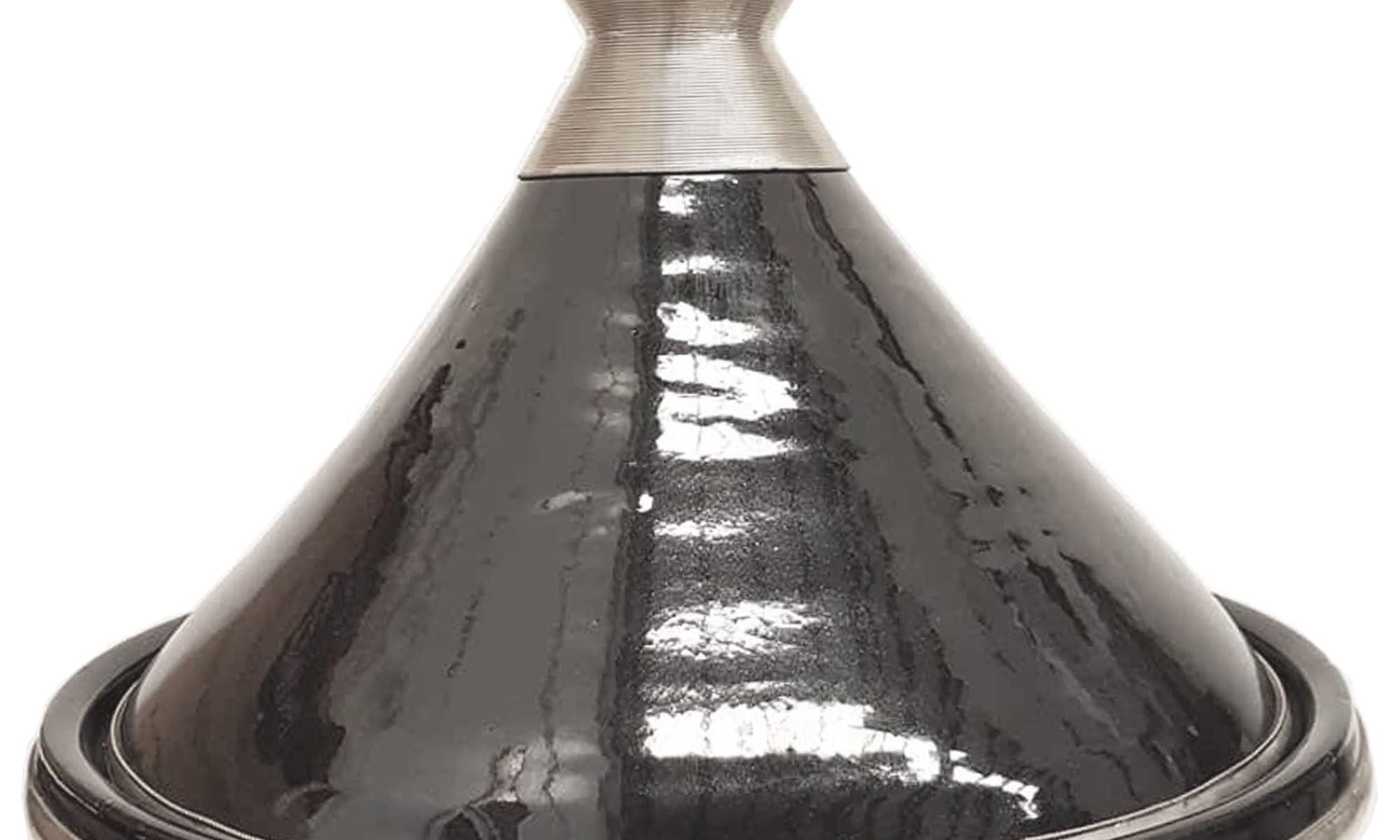 – What better way to present a meal than in this stunning tagine.

The vibrant colour and the silver finish makes for an amazing statement piece.

This tagine should be used only for serving your fabulous dishes that are pre-cooked. 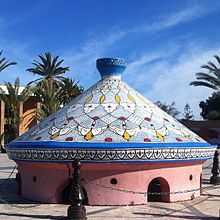 The traditional tajine pottery, sometimes painted or glazed, consists of two parts: a circular base unit that is flat with low sides and a large cone- or dome-shaped cover that sits on the base during cooking.

The cooking vessel is made of clay or ceramic

The purpose of the dome- or cone-shaped top is to return moisture to the base of the tagine, creating a moist and flavorful dish.

Be the first to review “Moroccan Serving Tagine” Cancel reply