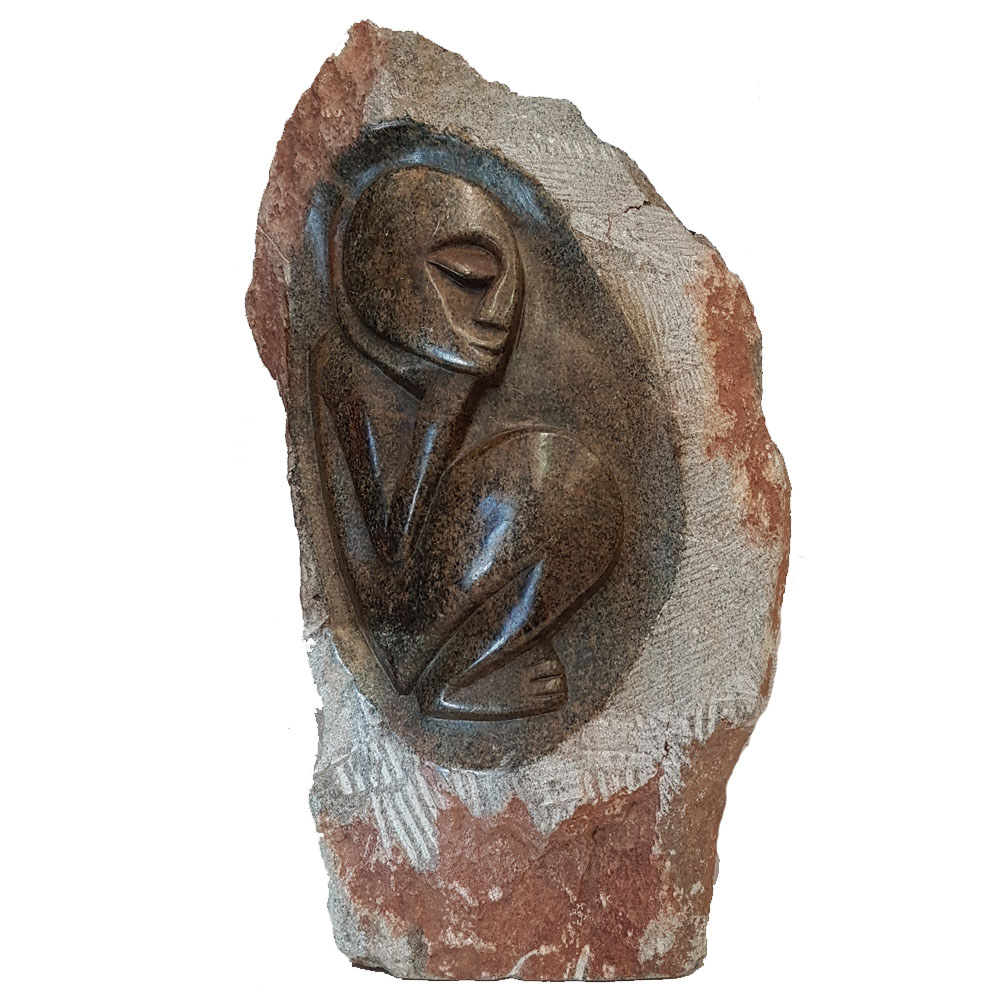 Stone has a spiritual connection to the Shona.

Shona sculpture is the name given to a modern movement of stone carved sculpture created in Zimbabwe. It gets its name from the ‘Shona’ tribe of people (actually a mixture of many similar tribes with closely related language and culture) who are the largest in Zimbabwe. The country itself gets its name thanks to the Shona people’s long artisanal tradition of stone working, meaning “house of stone”. The traditional stone carving of the Shona people was never particularly wide-spread or as culturally significant as it is in modern times, however. The stonework was primarily done for construction or decoration, with one such key example being the Great Zimbabwe Settlement. This was a sixty-acre city that was constructed from carved stone and housed up to 18,000 people at its height. Now a world heritage site, this 11th – 15th-century city demonstrates the historic skill and innovation of the Shona tribe.

The Shona relationship with the ground and the stone it provided in abundance was linked closely to their spiritual and cultural practices. As a result, it was historically the case that such works were not exported, nor created as artistic works to be enjoyed in such away. Modern Shona sculpture is an evolution of this tradition, which begun in the mid-1900s as an emerging artistic movement. The Shona people’s relationship and instinct to use this material creatively in a way that hadn’t been done before in the area led to a huge growth in the production and appreciation of such works. In particular, the involvement of Frank McEwen, and English artist, teacher, and museum work was instrumental in bringing this burgeoning movement to international attention. His efforts led to the founding of the National Gallery of Zimbabwe, and his enthusiasm to help give the Shona people a voice through their art lead to the first generation of renowned Shona artists gaining international attention. Works by artists such as Bernard Matemera, Henry Munyaradzi, and Sylvester Mubayi now sell for upwards of six figures, and their works are coveted and highly respected.

The Shona art movement is relatively young and is still evolving and growing. The refreshing design and traditional approach of Shona sculptors make their works popular and attractive to collectors and art lovers the world over. The uniqueness of the subject, style, and material of these pieces mean that their popularity and desirability are certain to continue growing as more of the world becomes aware of the talent and skill of these artists.