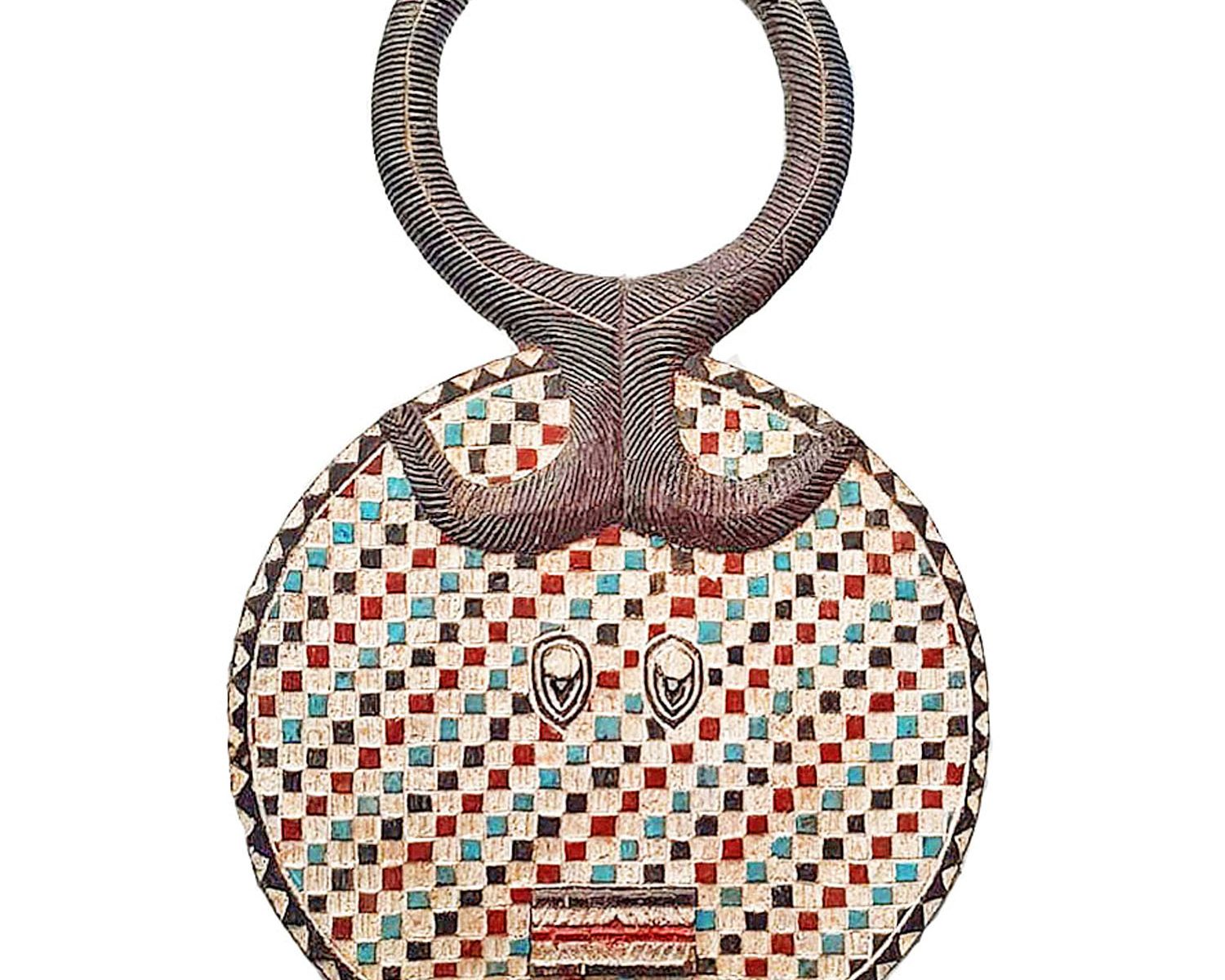 Exquisite statement piece for any decor.

This is a truly stunning piece, ideal for large areas, loft, entry or office.

Goli is a traditional African dance and masquerade of the

Baulé people of the Ivory Coast. A single performance of a goli last a day.

The goli originated among the Wan people, neighbours of the Baulé.

response to the disruption caused by European colonialism.

Today it is the dominant traditional dance form, gradually replacing all others.

It may be performed on important occasions, such as funerals, or for entertainment.

a prescribed order: first the disc-shaped Baule kple kple mask, then the

antelope-and-crocodile-inspired goli glen, then the ram-horned

kpan pre and finally the human-faced kpan with crested hair.

The masks have complex symbolism. In each stage, one mask is “male”

and another “female”, although the differences between them are subtle,

since they represent aspects of one individual. For example,

the male kple kple is red and the female is black.

the goli glen together constitute

the “female” half of the dance,

while the later masks are “male”.

Each mask is also conceived of as having male and female aspects.

and is the most sacred mask of the Baulé pantheon,

is a mask appearing only on special occasions.

Goli is the son of Nyamien, the god of heaven,

works to establish a link between the invisible and the visible.

The Baule Kplè Kplè mask is always made up of a pair of masks, the male is depicted

with a dark facial mask, usually blue or black, while the female mask

is usually red; both wear a costume that is entirely made of raffia fringes.

The male mask also has a flat face, the eyes usually have an oval shape

and the mouth is rectangular; furthermore, the mask also has two

horns on his head, representing the power, strength, and horns

of the buffalo god, while the round head represents the sun.

When they dance these masks move at an impressive speed,

raising the dust and creating a hypnotic effect; they are fascinating

and the music that accompanies their movements dictates the rhythm of the dance.

barely an activity not associated with some sort of body movement.

In fact, just about every tribe seems to have at

least one particular dance to help define their identity and beliefs.