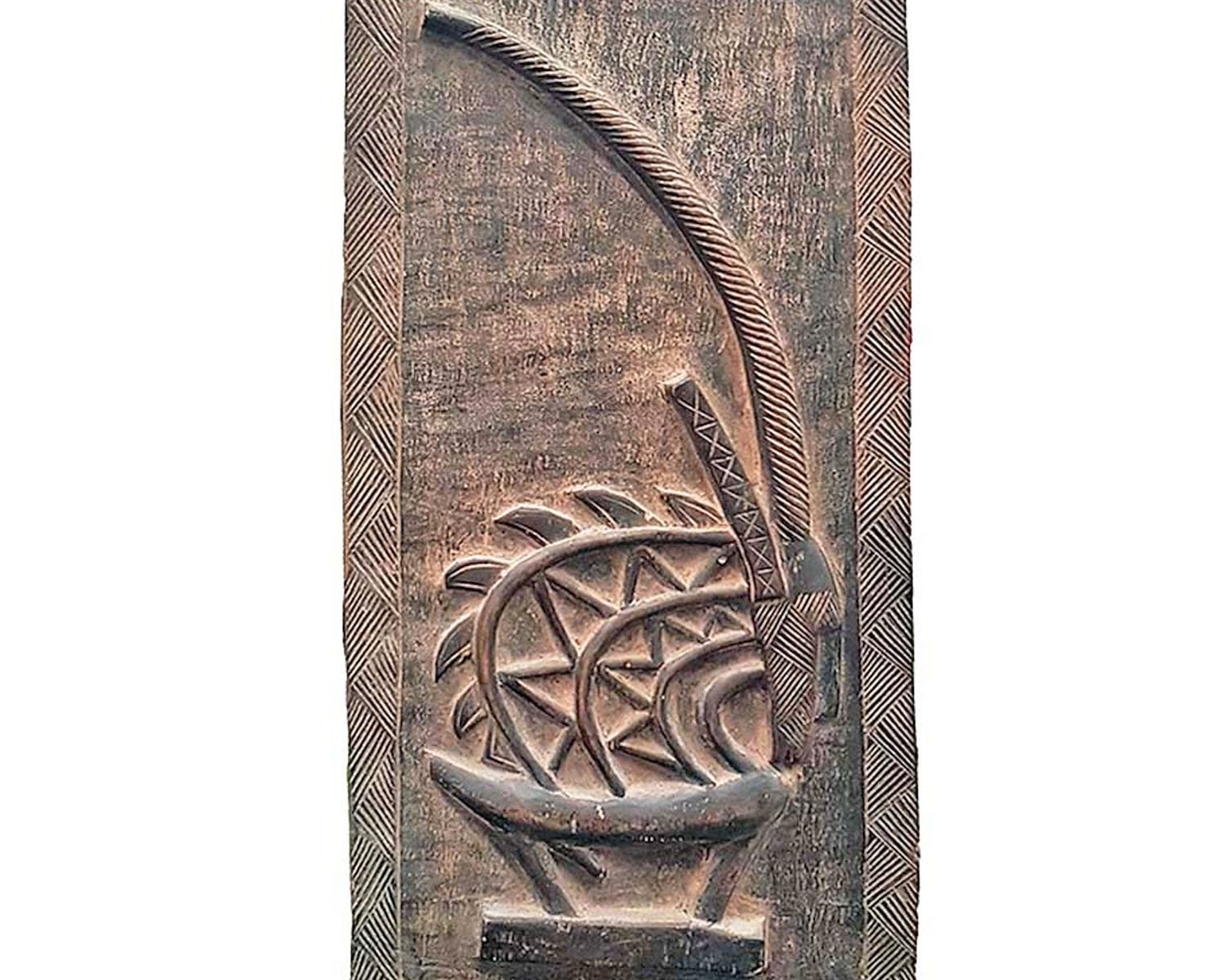 and is a representation of Bambara myths

about the creation of farming.

representing an antelope, used by the Bambara ethnic

Chiwara masks, as well as dances and rituals associated

The Dogon people of Mali are known the world over

for their creation of Chiwara Door Bambara Mali.

The doors of Mali have various uses in

their society; firstly as the physical closure to their granaries.

Secondly, they are created and exchanged as gifts for birthdays,

marriages, tokens of luck and rites of passage bequests.

Thirdly, when used as a part of the architecture, as a door or shutter,

in a private abode, through the use of symbols they are used

to describe the occupation of the person or that person’s

persona or status in the village. Lastly, it served as a sign to taxpayers,

letting them know which form of payment was accepted in the adjoining building.

The symbolic styling of the doors can vary

Pairs of breasts, representing femininity and fertility are usually found.

the tall Kanaga headdress typically underline the bottom of the door.

harm a wandering soul might inflict upon them. A herringbone pattern

the vibration of water and light. The door latch is surmounted by one

or two larger figures who are members of the famed founding primordial couple.

Other themes include but are not limited to village scenes,

large crocodiles which denote power and rows and rows of raised

Dogon ancestor figures that all resemble each other.

Learn more about the Dogon Tribe