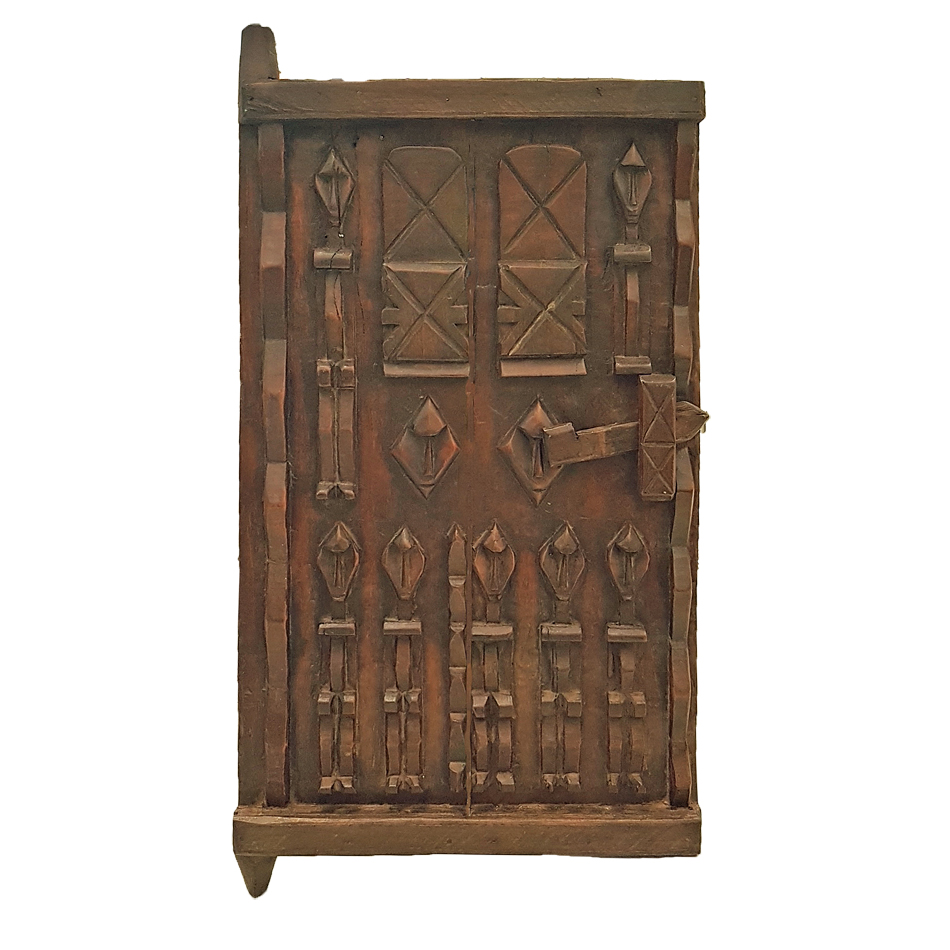 and animals with spiritual and religious significance.

The Dogon people of Mali are among the oldest surviving African cultures despite the fact that throughout their existence more powerful neighbors have threatened them.

The Dogon people of Mali are known the world over for their creation of Dogon Doors.

The doors have various uses in their society; first as the physical closure to their granaries.

Secondly, they are created and exchanged as gifts for birthdays, marriages, tokens of luck and rites of passage bequests.

Thirdly, when used as a part of the architecture, as a door or shutter, in a private abode, through the use of symbols they are used to describe the occupation of the person or that person’s persona or status in the village.

Lastly, it served as a sign to taxpayers, letting them know which form of payment was accepted in the adjoining building.

The symbolic styling of the doors can vary. Pairs of breasts, representing femininity and fertility are usually found.

Village dancers wearing the famed rabbit-eared Walu mask or the tall Kanaga headdress typically underline the bottom of the door.

The Kanaga masks are worn by members of the Awa Society who dance on the roof of the deceased in order to lead the soul (nyama) to its resting place as well as defending the survivors from the harm a wandering soul might inflict upon them.

A herringbone pattern can often be found running down the sides of the door representing the vibration of water and light.

The door latch is surmounted by one or two larger figures who are members of the famed founding primordial couple.

Other themes include but are not limited to village scenes, warriors on horseback, animal figures, gecko lizards which represent luck, large crocodiles which denote power and rows and rows of raised Dogon ancestor figures that all resemble each other.