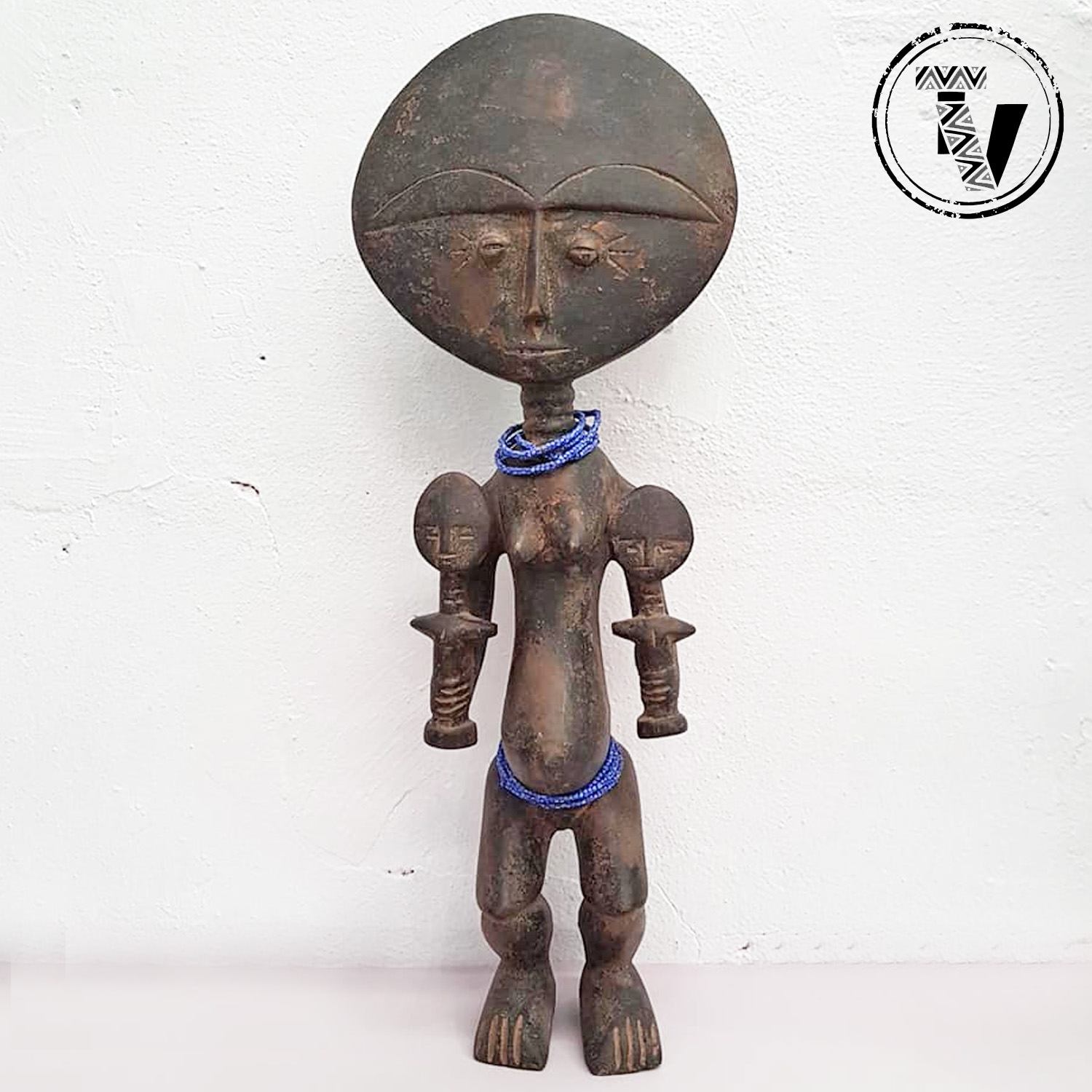 – The legend of the origin of the Akua’ba doll comes

diviner or priest and commissioned the carving of a small wooden doll.

This doll has glass beads around the neck and waist.

The legend of the origin of the Akua’ba doll comes

from the story of a woman named “Akua”

(many variations of the name are found as there are

many variations of the spelling of “Akua’ba”)

who could not get pregnant and went to a local

diviner or priest and commissioned

the carving of a small wooden doll.

She carried and cared for the doll as if
it was her own child, feeding it, bathing it, and so on.

She soon became pregnant and her daughter grew up with the doll.

The legend and tradition still live on today…