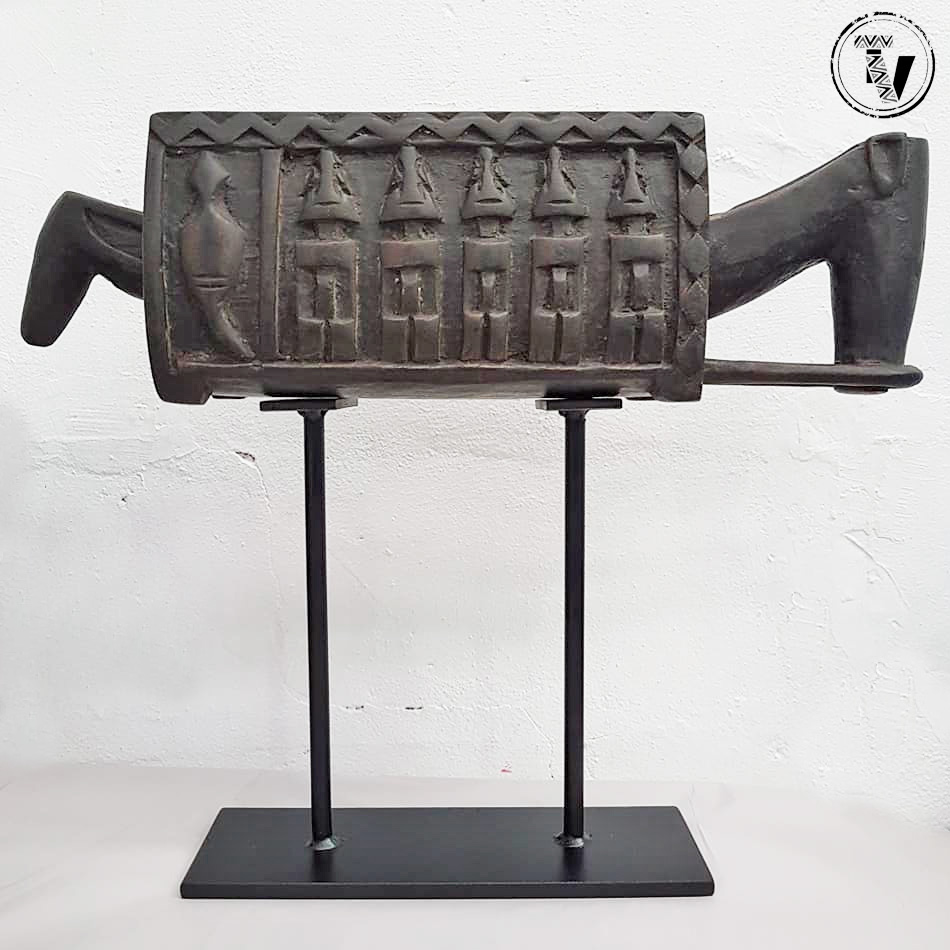 – This amazing vessel was kept in the house of a lineage head in a Dogon community.

It was used during an annual ritual known as “goru”

to hold the offerings dedicated to Amma the Creator and the ancestors.

The Dogon people of Mali are among the oldest surviving African

cultures despite the fact that throughout their existence more powerful neighbors have threatened them.

This monumental vessel was kept in the house of a lineage head in a Dogon community.

It was used during an annual ritual known as “goru” to hold the offerings dedicated to Amma the Creator and the ancestors.

Performed at the time of the winter solstice, the ceremony represents the culmination

of rituals that celebrate the all-important millet harvest, whose abundance will support the family in the coming year.

Such works have been described as “aduno koro,” an “ark of the world,”

meant to represent the mythic ark sent by Amma to reorganize and populate the world.

The “aduno koro” displays a wealth of imagery relating to the Dogon account of genesis.

Holding the original human ancestors and everything they needed for life on earth,

the ark was guided by Nommo, the primordial being who created order within the universe.

When the ark settled on the ground,

Nommo transformed himself into a horse and transported the eight ancestors across the earth to water,

In this example, the horse’s head is fitted with a bridle,

while the eight original ancestors are portrayed in two groups of five on the sides of the vessel.

a black crocodile who killed Nommo after he completed his task of guiding the ark.