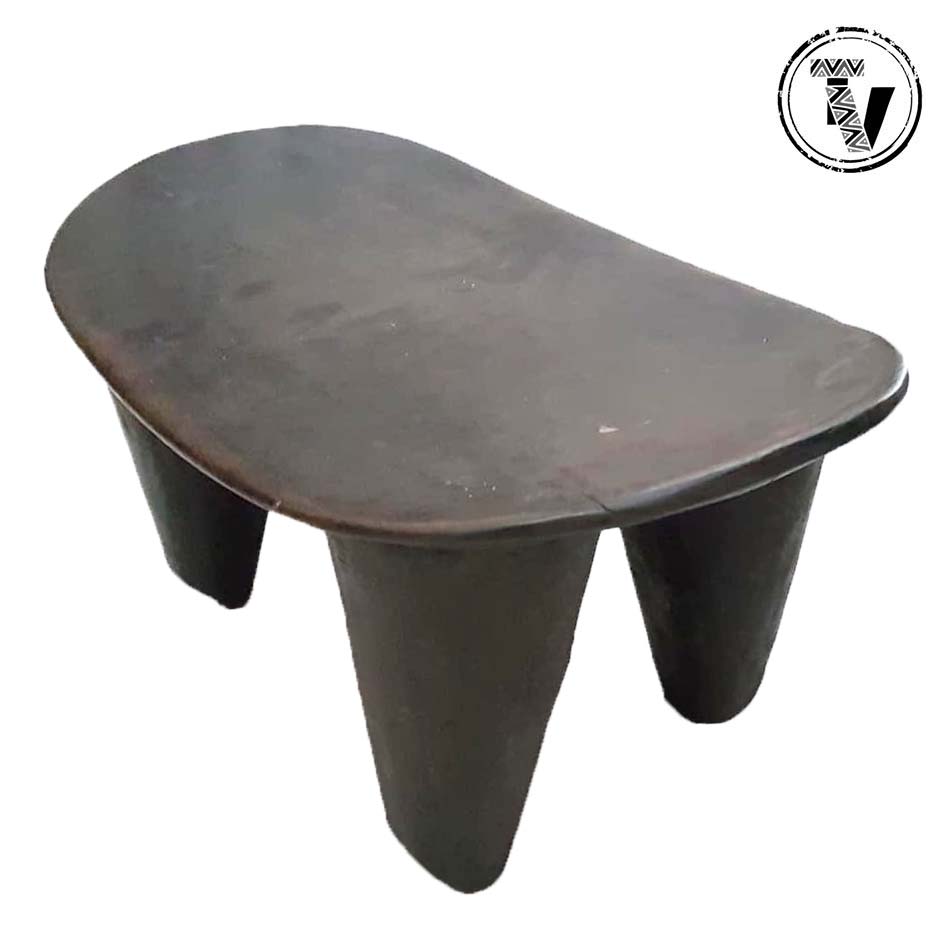 – Hand carved from a single block of wood into a lovely simple form.

Smooth to the touch and very sturdy.

Each family head possessed a hand carved stool and carried it with them when they traveled.

These stools are symbols of status.

Wooden Lobi stools are carved from single blocks of wood, and are wonderfully simple forms

The Lobi belong to an ethnic group that originated in what is today Ghana.

Starting around 1770, many Lobi peoples migrated into southern Burkina Faso and later into Côte d’Ivoire.

The group consists of around 180,000 people. Lobiri is the name of the language spoken by the Lobi people.

According to the director of the museum in Gaoua which is considered to be the capital of the Lobi, “The Lobi is a farmer, a hunter and a herder, but above all he is a warrior”.

Victims of slave raids, rival clans and civil disputes, they are among the fiercest and proudest inhabitants of Burkina Faso and were constantly under attack from the Guiriko and Kenedougou empires during the 19th century.

Bakary Ouattara, brother of the founder of the Guiriko empire led an offensive against the Lobi in 1815, and despite setting fire to several villages he was eventually killed by a poisoned arrow.

He was succeeded by Karakara who continued with the raids leading up to the devastating attack in 1850 where they suffered heavily and lost a great deal but were never completely defeated.

In June 1898, the French and the British made an agreement that the Lobi country would go under French jurisdiction.

Attempts at controlling the peoples was difficult and the Lobi became known for their resistance using poisoned arrows in attempting to thwart the French colonial invasion.

In 1914, during the outbreak of World War I, the French colonial administration based in Gaoua began a merciless repression to the extent that the local were forbidden in copying any traits of the white man in the area.

During the twentieth century some migrated into Côte d’Ivoire.

Thangba Yu is the creator of all living things.

Lobi peoples have no direct contact with Him, but are dependent on nature spirits known as thila, invisible intermediaries that can harness their supernatural powers towards good or evil.

They set rules soser, which dictate how a Lobi should behave in important aspects of life. Similar to Greek or Roman gods, thila themselves are subject to mortal virtues and vices.

A particularly intuitive and receptive thildaar is capable of interpreting as many as fifty or more spirits at a time.

Be the first to review “Wooden Lobi Stool” Cancel reply